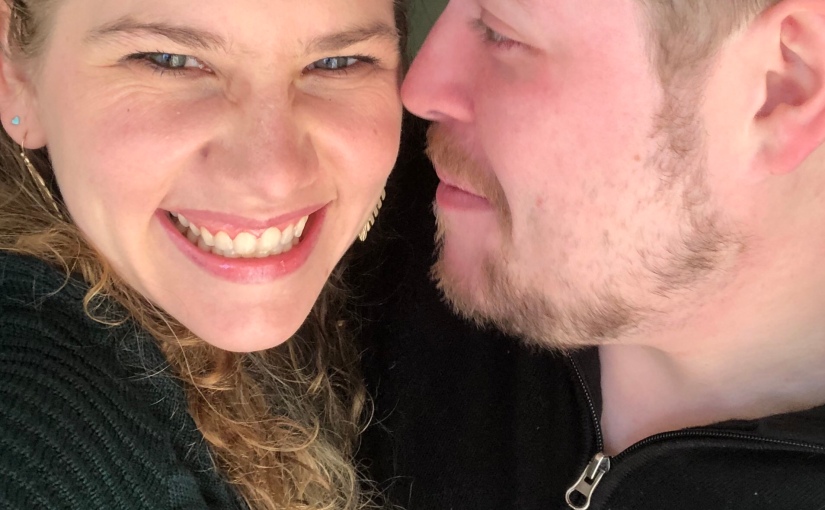 In July of 2015 I decided to stop letting the guy that I was seeing sting me along. It turned out that he had been stringing along a few women at the same time, and he tried to deny it. Hard to say something isn’t going on when another woman comes storming into his room at 5:30am and you were sleeping over…

So I did what most 20somethings do, and hopped on the Tinder bandwagon. I came across a guy that had kittens climbing on him in his profile picture, he was cute too…so I swiped right. It was a match! He wanted to get together ASAP, but I had not one, but two trips planned. I was heading home to Wisconsin to see my family, and then just a few days later I was heading to Thailand for some mother/daughter time. We agreed to stay in touch and meet up when I got back.

Well, I used Tinder in Thailand and fell in lust with a Belgian guy, we tried the LDR thing for a while, and he ended things the day before Thanksgiving, after we had already booked tickets to visit one another in December for Christmas here and New Years in Belgium.

Kitten guy did message me when I got back from Thailand, but when I said that I had met someone he unmatched me instantly. I was sitting at a pub with some friends when it happened, and I remember telling them that this guy in CT had potential, but lust for Europe won.

I got my butt back to Tinder ASAP, I mean it’s the best way to cure heartbreak…right? I immediately matched with Kitten guy again. He messaged me asking why I looked familiar. I told him who I was and he unmatched me after saying “oh, good luck with that doctor guy from Europe” PJ wasn’t even a doctor, I was bummed about being unmatched, and deleted my Tinder profile. Let’s be real, I got back on Tinder looking for Kitten guy…

The next day was thanksgiving. I decided to give Tinder another chance, made my profile again, and guess who I matched with after the first hour? Yep. Kitten guy. I said “third swipes the charm?” And he responded with “what are you doing on Saturday night?” Our first date was set!

Our first date was TERRIBLE and AWKWARD because I still had Belgian guy visiting in a few weeks looming over me. I am not tactful at all, and totally spilled the beans about what was going on, and he took it with grace and agreed to a second date.

On our second date, we basically told each other how much the other person sucked, but ended up kissing in a parking garage at the end, because we loved each others honesty.

From there we watched the Star Wars movies before the new one came out, and spent a good amount of time together, but kept it casual as Belgian guy was still coming to visit, and Kitten guy had just gotten out of a relationship as well.

Kitten guy (Steve) was such a good sport when my ex was in town. I would sneak away to see him while Belgian guy was playing tourist in NYC. Belgian guy decided to go home early instead of stay on my couch in CT, so I found myself alone for Christmas. Steve wasn’t going to let that happen. He came over on Christmas Eve when he was done seeing his family, and made grasshoppers with me and FaceTimed my parents. The next morning he took me to church with him (therefore I met his parents) and after church we saw a Santa on a motorcycle as it was 75 degrees that day (yes, in CT).

That Christmas afternoon I was heading to Europe. It was now a truly solo adventure. I had to book last minute lodging, and reached out to a friend in Germany and made plans to visit her for New Years. Steve and I were not “official” yet, but I missed him like crazy while I was gone. He came and picked me up from the airport, what a lovely way to spend my first day back in the USA of 2016.

That January was a tough month. Shit hit the fan at my job. I had 2 friends pass away. We were facing things that could break up strong couples, and we were not even exclusive. We did a good amount of fighting and growing during this time, I booked a month long trip to Thailand to visit my parents. Before I left we decided that we were going to be together and exclusive. Steve was watching my cats for me while I was away.

From where I stood, things were looking good. I had fallen for him, but wouldn’t admit it yet. The day I got back from Thailand on April 2, he dumped me like a bad habit. I was crushed.

We stayed in touch a bit, but he got back with his ex, and I casually dated. Nothing stuck for me in the dating scene, because Steve was stuck in my heart.

We started hanging out again in August, and by mid-September I told the people that I was seeing that I was no longer available. We haven’t really looked back since. We officially moved in together in June of 2017, but since I lived alone when we got back together, he was almost always at my place.

We are now on our 3rd apartment since moving in together. I think we finally found a place that we can settle into for a while. We have both started new jobs recently. We are finding our groove. We celebrate 3 years since our first date today. We don’t have a specific day that we “defined the relationship” so we go from the first date. The time we spent apart was part of our overall growth as a couple.

I am so thankful for the life that we are building together. We have mastered the art of living in sickness, and for worse. It’s because of those hard times that our love can thrive. 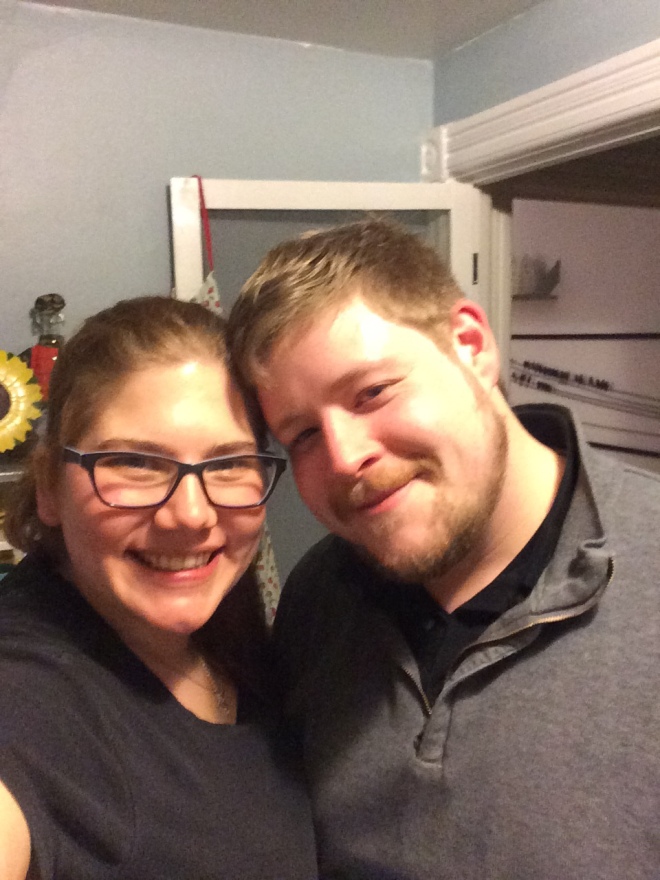